Expanded text ads recently went live in AdWords, so what’s the next step? Columnist Pauline Jakober explains how to strategically expand on your existing text ads when making the transition. 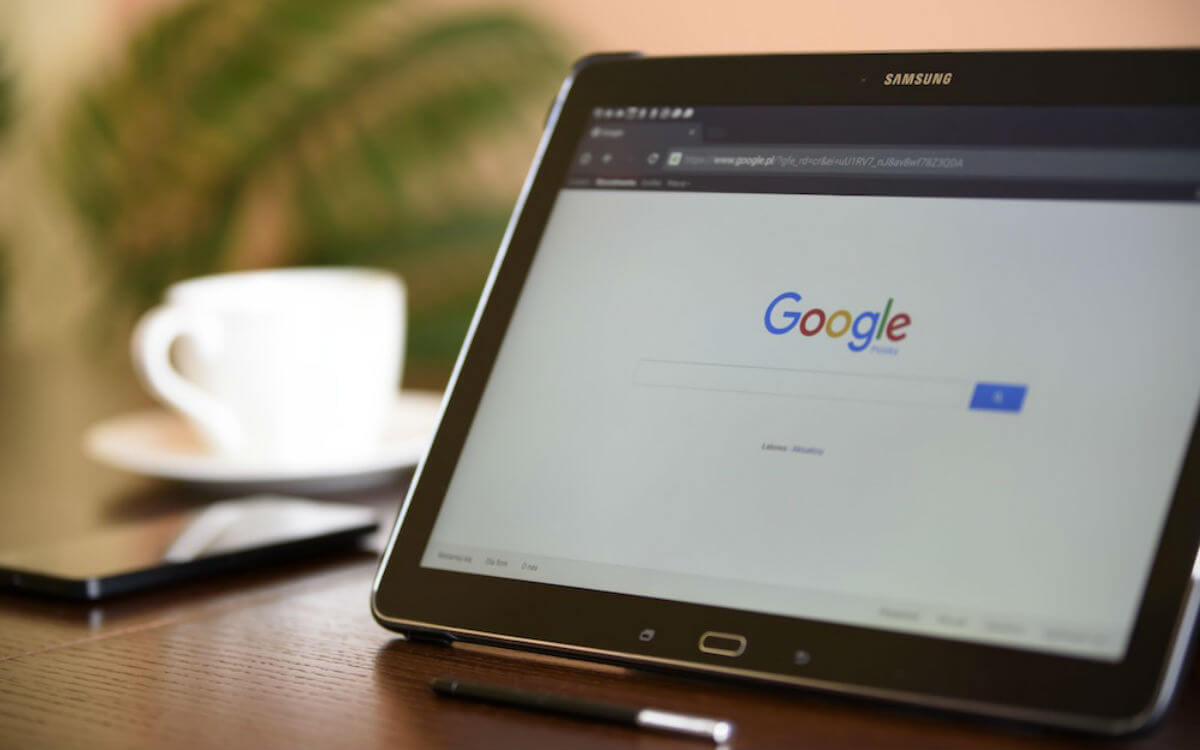 The one thing that’s remained constant in AdWords over the past 15 years is the good ol’ 25-35-35 character rule we worked with in text ads. And we’ve become pretty good at it.

But in May, it was announced that the old way of doing things would be changing to cater to the multiscreen world we live in. And on July 26, AdWords rolled out new character limits that change the way text ads display content. 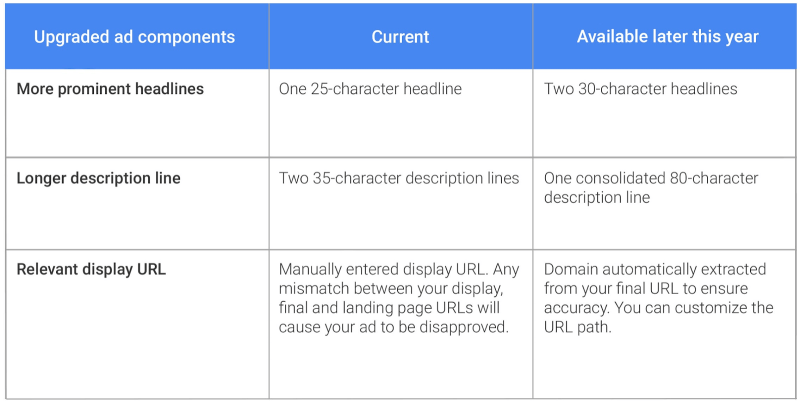 For many of us, the 25-35-35 thing has been engrained in our brains, and this change represents a huge shift.

As we’re in uncharted territory, there’s sure to be lots of testing to come. In the announcement over at Google, it was reported that tests have shown that “some advertisers have reported increases in click-through rates of up to 20 percent compared to current text ads.”

From the announcement here at Search Engine Land on July 26 (linked to earlier), we see that Google is expecting advertisers to A/B test expanded text ads for a few months, allowing them to optimize these new ads to be just as effective as standard ads. And then the standard 25-35-35 ads will no longer be available:

So what do you do when you have a vast landscape of 45 additional characters? Add more stuff? Sure, but strategically. Now is the time to be thinking about how you’ll use that extra space, and I’ll share a few things to consider next.

Get the most from your headlines

Although there is more space for content in the body of the ad, the big perk here is the headline. Just look at the difference from the standard to expanded ad — much more eye-catching than previously: 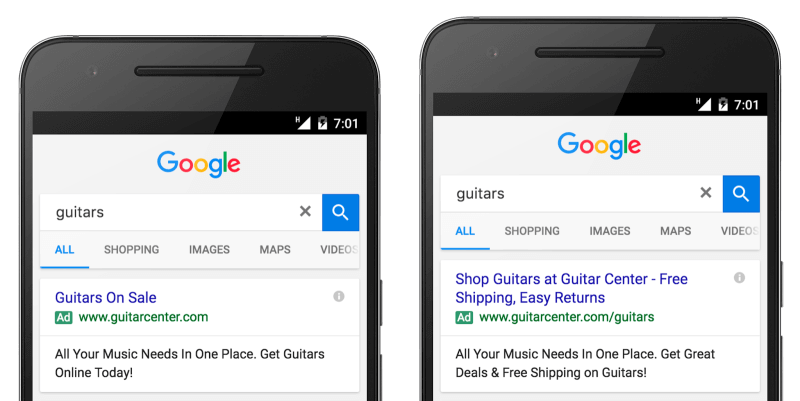 And the headline is what Google wants us to focus on, too. From its help files:

What you put into that space will be a big indicator of how enticing your ad text is — big blue headlines are more prominent than your description text. The content and quality of your headlines matters and will determine how well your ads perform.

Headlines drive clicks and have the greatest opportunity to improve click-through rate. So that’s what I believe Google is saying here with regard to performance.

Also turns out that headlines are the thing Google suggests spending the most time on testing:

Your headlines should receive the majority of your testing attention. As you go about instituting and testing expanded text ads, focus on writing the best headline possible. Implementing great headlines has the most potential to make a big difference to performance […] Two headline fields raise another question about ad text — should your call to action be in the first or second headline? It’s a great question, and exactly the type of thing that you should test as you optimize your creatives.

I started writing this article before the changes went live on July 26. One of the points I wanted to get across was to not just slap some additional text in the description and throw up another headline, and call it a day.

That’s why I love No. 2 in Google’s best practice guide for expanded text ads:

Don’t simply add a second headline to your existing ads. Rethink your entire ad creative. Why: Building a connection with someone through an ad can be tough. Additional characters allow you to provide consumers with more insight into your offering.

Consider the following ideas when you’re thinking about your new approach to headlines:

While some things change, others remain constant

A solid strategy in the era of expanded text ads will still apply all the best practices we’ve come to learn over the years. Look at your ads from a holistic point of view, and consider the following approach:

While it can be a shock when a professional guideline you’ve come to know like an old pair of jeans suddenly changes, I’m excited to see what this can do for our clients, and I am hopeful the new layout will help those searching for products, services and information get to it quicker.

This article was originally published at http://searchengineland.com/45-characters-adwords-text-ads-now-254659